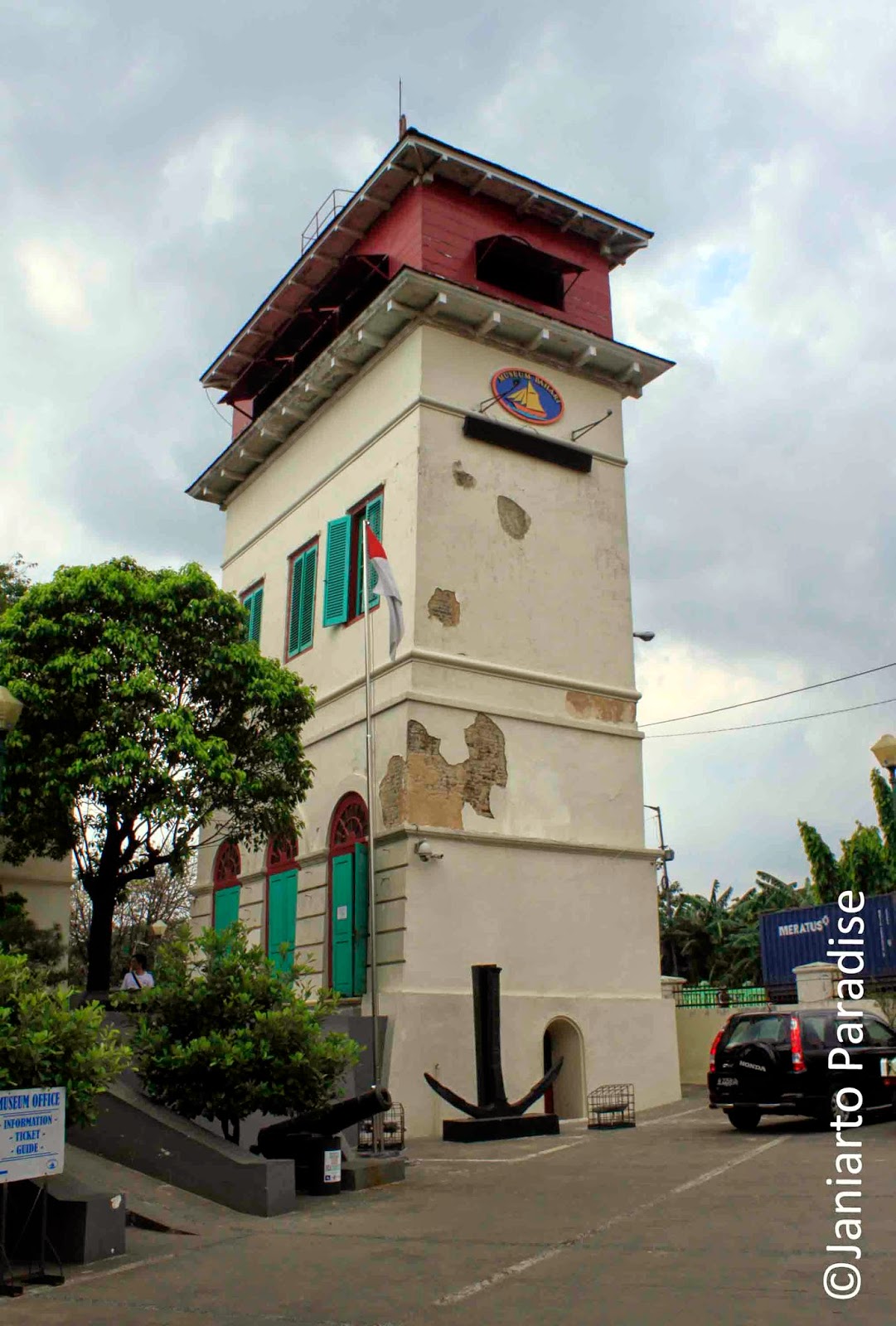 Maritim Museum or we call it as Museum Bahari is one of the oldest museum in Indonesia which collect so many artifact about Indonesia in the past time, esspecially sea or ship artifact. This time i will show you some picture which i take in the museum, actually this trip is part of my trip to gone to Old City of Jakarta, you can read the first story at here.

The first time we arrive at the museum area, we go up to the Syahbandar Tower. Back to the tower, this tower at least has 30 m in heigh. From this tower, we can look around of the Sunda Kelapa Harbour. Ups, i forgot to tell you, The Maritime Museum of Jakarta was located at north end of Jakarta, in Penjaringan District. This area is welknown as Sunda Kelapa Harbour.

Leaving Syahbandar Tower, the next place is the main building of Maritime Museum. Actually, the building of this museum is a Batavia Castle wich builded at 18th century. Befor we arived at the gate, we walk through a crowded traditional market, or we can say streed market or street vendors, or anything else you want. This crowde place actually make the area loos its identity, but... just forget it.

Since the building was builded at 18 century, we can see its old style. In the museum we can see at least 800 collection of ship and boat miniatur, esspecially the traditional type. Not only ship/boat miniature, this museum also has some  equipment used by sailors in the past like navigation, anchor, binoculars, lighthouse model and cannon. The interior design is still the same with its old time, you can see big wood as the pillar of this building.